A Free-for-All RPG/Collaborative Fiction Forum with a Long-Lived Community!

Visit the BZPB Wiki for more information about the site and the BZPB Multiverse.

You are not connected. Please login or register
2 posters 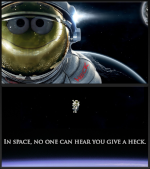 "The Year is 2012. It has been almost 100 years since the first world war. The Mayan scriptures say this year will be the end. I don't believe that, but we can, as inhabitants of this world, is end the Global Alliance of Nations. Now you might be thinking: "Fighting the G.A.N? That's impossible!" Nothing is impossible if you put your mind to it, most literally. It is time for the pendulum to swing the opposite way, towards independence of the self, the cities, the nations. Not in unity of a corrupt group of bureaucrats! Stand up for what you believe in, have no fear, for I have already set up protection!"
———————————————————————————————————
Chapter 1: The Beginning of the End.
"This message was broadcasted worldwide, live, after hijacking several public networks. Calling himself "Jag," he plans on rebelling against the entirety of the G.A.N. with the help of random people. What he plans is unknown, but he is the number 1 talk in every country in the world. Obviously, this isn't good for us." The figure speaking was a man who had a fish for a head, more specifically a bluegill. He had a fishbowl over his head, sealed up with water. His speech is always like a man is gurgling water in the back of his throat.

This was the man in charge of the B.S.S.I, the Bureau of Supernatural Study and Investigation, an international operation invented by the G.A.N to keep supernatural activity in check. Since the start of the 21st Century, supernatural activities have quadrupled. The budget is being cut for the division though, for unknown reasons.

"It doesn't matter if it's bad for us," responded a brown haired girl with shoulder-length parted hair. "They'll just send Butchers out or some other team to deal with this guy."

"No, they won't. They kill him, his message gets stronger. A silent tyranny." This response was from a figure decked out in white-clad armor, reminiscent of an exosuit, with cyan highlight lines. The armor had an organic structure, resembling crustacean exoskeletons than a more mechanical form.

A ghastly lanky fellow spoke up: "Why wouldn't they just send out a mind wiper? Maybe retroactively say it was a publicity stunt?"

"Because we don't know anybody powerful enough to stop the internet from spreading his messages, Phantom," responded a

Fish-head sighed and then stated, with confidence: "Either way, our member Niflheim has several associates that has talked to him. One of them is even in Jag's inner circle of rebels."

"Oh? Any clarifications on your contact?" inquired the brunette girl.

"As if he cares, it's the good old associate Mr. Petrov," responded Niflheim, the man clad in the ivory exoskeleton. "Either way, the only information I have is The Jag is planning an attack by using a double agent in one of our locales."

A particularly red looking fellow rose from his char quickly, slamming the table. "Fuck!" he yelled with emoticons popping over his head. "A god damn double agent! We need to find them now!

"Our telepaths are dead or moved to other positions." said Fish-head.

As if it matters, thought Niflheim. It'll be soon enough.

As the group bickered in accusations, an explosion went off in the base. "Ah, that must be the attack you just warned us about?" said Fish-head.

"Yeah...sorry." Nif sarcastically responded with.
———————————————————————————————————
The G.A.N H.Q. was a giant mobile floating base on water. To keep several nations happy, it had no permanent position, but moved around the oceans. It's current location was traversing the Drake Passage by Chilé and Antarctica, a particularly rough area of water that decimates mediocre sailors.

This base was no slouch in design or size though, being a kilometer in size vertically(though, partially submerged made it seem "smaller"), and about half the size horizontally. The base was more equivalent to a moving mountain than anything resembling a military outpost. The base was also an architectural artist piece, with large vertical outdoor pillars, that connected with each other with a military grade fibreglass that had a built in hologram projector.

In the middle of the base was a large tower, which ontop also doubled as a landing pad for helicopters and other flying vehicles. The vehicles would then be taken on an elevator to store on the sea level, or even hidden away in the underwater hangars. Of course, the base also had submarine hangars. The keepers of world peace couldn't keep it pacifist, after all, could they?

Their arrogance in preparation of an attack of this magnitude was a true shame though. A beauty in design would come falling apart in the face of a full-scale military attack.

The explosion was located at the top of a tower, as to shut down any aerial vehicles that could launch from the chute, and to make sure any personnel had to use walkways instead of elevators. More than likely the explosion was from a suicide bomber, as to leave no body for inspection or interrogation.

And after the explosions, the hologram projectors on the fibreglass began playing a message from the man himself: Jag. Clad in a white and grey suit, with a brown mask speckled in black, resembling a cookie. Perhaps it was a tongue in cheek reference to the saying "let the cookie crumble." Maybe it was because he used cookies in their database to bruteforce into them. Either way, it looked real stupid.

"Employees, supporters, and perhaps forced servants of the G.A.N: I am not here for the bloodshed. But if your masters refuse, expect death. My goal is clear: I want all the databases in this base copied and put onto a hard drive for me. If they refuse, your barrier comes down and we will start gunning you. This is a simple request. I am sending a man onto the base to take this harddrive. He will check it if it's correct. We will give you 8 minutes to do this, after all, I know how much data you guys have on the world down there."

From over the skies of the base, the antarctic winds were howling, and a light snow breezing through. A small aircraft from above was orbiting the skies. The anti-air turrets on the base had begun shooting it. Not that it mattered, as it seemed a man already jumped out of it, aiming for the damaged part on top of the tower to land on.

"Ah, as expected. Shooting down my aircraft! It's a good thing that was nothing more than a drone carrying one of my allies," the Jag hologram stated.

The man who had fallen, no, jumped out of the drone was a quite fat. Obese, even. He was decked out in a black suit of mesh, with some plating over vital parts. His hair thin, dirty blonde, and shoulder length. He was wearing a pair of black unified sight shades. He then had a grey-blonde goatee around his small chin, that connected to his moustache. He had a butcher knife in one hand and a machete in the other. The truly amazing thing of this man was how he landed perfectly fine ontop of tower. This was clearly a superhuman.

By the time he even got up from the landing, he was already surrounded by a squad of G.A.N troopers, all aiming their rifles at him. He then got up and burped.

"Name's Captain Gutsy, nice to meet you all again. Unless you're new." He smirked afterwards, then started laughing. "What a bunch of fagget ass troopers. None of you know what you're dealing with, are you?"
———————————————————————————————————
As the chaos ruptured in the B.S.S.I room, with most of the members leaving, Niflheim took revel in the chaos and began going to the Biological Sector of the base. It was here they kept their living specimens and experiments with objects they found. Unfortunately, due to the emergency protocols, the elevators had been locked down to the lower levels. So the only way down there was some long steps.

As he passed by other personnel, they just gave him confused looks. Since he was B.S.S.I though, he had free reign in times of emergency, since it was almost always caused by beings of similar origin as himself. A man of about the same height as him (6 ft) then walked pass him. He was oriental, with a black bowl cut.

"So, you're leaving then?"
"Yes, our mutual friend Peter should be here soon."
"Well, I've almost had it with this organization. The Latter-Day Saints are requesting for me to go back to them, something I actually believe in. I won't bother reporting this. We're friends."
"Yes. But I think you should leave with us. I have a feeling our superiors won't give over the data. It'll be a massacre above there."
"There's innocent people that could die."
"Then meet me in 15 minutes at the hangar. You know I can get us through the water safely."
"Well, yeah, I'll see you there."
"Stay safe, Tenebrae." The man walked away, with armor appearing from his shadow and gripping onto him. Niflheim continued down the stairs to the Bio-sector.

The door to the Biological Sector was already sealed off. Irrelevant to Niflheim though, a jet of water expelled from his left gauntlet, then forming into a blade, with a frozen outer layer. Nif sliced a hole through the door to get through.

In the hallway stood a few guards, with guns ready.

"You're not authorized for this area. Go back now."
"Do you really think I care? Move out of the way." Nif expelled other jets of water from his back, then forming four tentacles from his back that swayed around.
"Are you with him? The Jag?" asked one of the soldiers.
"Not necessarily. This is a good of time as ever to get what I've always wanted from this place. I would recommend you guys evacuate and never speak of this."
The two soldiers scrambled, and Nif opened the door at the end of the hallway. He went into a small room, and the door he just opened closed behind him. A voice came on: "Starting cleaning process." Fumes and liquids expelled on him from chutes in the wall, then blown dried off. "Cleaning finished. You may now enter." The door in front of him then opened up.

The biological sector was full of the stereotypical test tubes of test specimens, jars full of bizarre organic or mechanical parts, and then to the side were locked off rooms for more dangerous tests. Standing by one of the tubes was a man covered in blotches of iron, as if it was merging with his skin. His face was covered by a mask, and his eyes glowed a light green. He was inputting some codes rapidly to the console positions infront of the test tube. Niflheim walked up behind him and patted his soldier. The metal man jumped.
"Hello, Twilight."
"N-nif? Here I was worried we were compromised."
"As submissive as ever. As the human scientists get put in confinement they leave the failure behind."
"Yeah, well, I have nothing else to do."
"Well, now you do. You're coming with me. We're going to start unlocking the test subjects."
"What for? You know they could kill us."
"And yet, half of these subjects are people we knew. I have no need to worry. If this base gets compromised, they would blow this sector up anyways."
"Yes, y-you are right."
After Twilight was done entering the code, he began to walk with Nif to one of the locked chambers. Titled "MARTIAN," it had full blocked plating in the front.
"Now," Nif sternly spoke, "We will escape, for good."
Klak 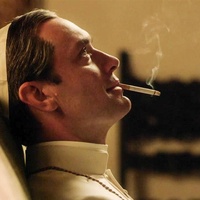